Last refuge of a scoundrel? 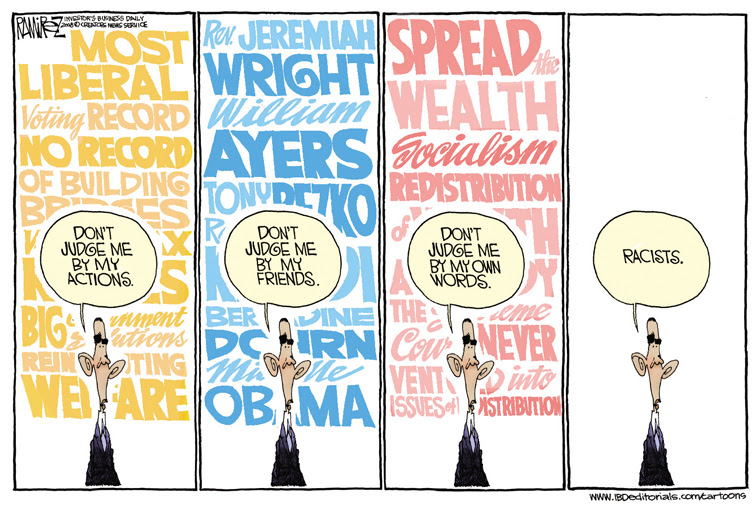 Michael Ramirez of IBD sums up the attitude of the Obama campaign, it's surrogates, and much of the mainstream media (sorry to be redundant again...). More and more just about any kind of criticism of Obama by Republicans on any issue is being sloughed off and rebuffed with accusations of racism. Click on the cartoon to enlarge it.

As the race tightens this tactic of crying racism by the Obama campaign is becoming more and more frequent. Are they getting a little worried?
Posted by Jack Miller at 12:21 PM