A Light-Hearted Tribute from Henry Payne to WFB 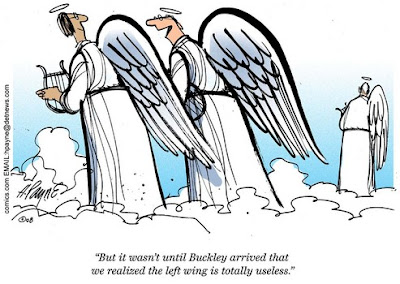 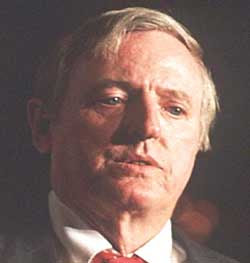 I’m devastated to report that our dear friend, mentor, leader, and founder William F. Buckley Jr., died this morning in his study in Stamford, Connecticut.

He died while at work; if he had been given a choice on how to depart this world, I suspect that would have been exactly it. At home, still devoted to the war of ideas.

As you might expect, we’ll have much more to say here and in NR in the coming days and weeks and months. For now: Thank you, Bill. God bless you, now with your dear Pat. Our deepest condolences to Christopher and the rest of the Buckley family. And our fervent prayer that we continue to do WFB’s life’s work justice.

From John Podhoretz on the passing of Bill Buckley:

He was the model of the modern American intellectual. He published a small magazine of ideas whose influence and centrality to the country in which he lived vastly outdistanced publications with 100 times its readership. He wrote a newspaper column for a half-century, twice or three times a week, at which he grew so expert that he could dash one off in the time it took his driver to navigate the length of the Bruckner Expressway, and with a quality of prose that made other newspaper scribes seem as simple-minded as the anonymous authors of Dick and Jane. He ran for office once, a fool’s errand that led to the publication of one of the best books ever written about politics, The Unmaking of a Mayor. He was one of the first writer-thinkers to find a home on television with his show Firing Line, and his wit made him a superb talk-show guest. For all these reasons, he transcended his roots and became a pop-culture icon, the only writer to have appeared as a caricatured figure in a Disney movie (when the genie in Aladdin, voiced by Robin Williams, converts himself into Buckley, complete with his patented lean-back in a chair, as he details the “three-wish” rule). From the first to the last, however, he had an intellectually transcendent purpose from which he never deviated: The explication of, defense of, and advancement of, traditional mores and traditional beliefs, and a concomitant commitment to the notion that social experiments are very dangerous things indeed. He was, ever and always, a serious man in an increasingly unserious time.