C.S. Lewis... Past Racism Imputed to the PCA?

I notice that the upcoming 2016 General Assembly for the PCA has somewhere in the neighborhood of forty overtures (see also here and here) expressing some form of condemnation, confession and repentance for what I'm calling the "institutional sin of perceived past church racism." Was there a judicial finding? And apparently quite a number of presbyteries want in on this. And it's all the more amazing given that the PCA only came into existence in 1973! It's kind of like looking into one's ancestry and finding that your great, great, great uncle was a slave holder. Your family is horrified and thus feels compelled that they should personally take responsibility not for any present overt sin of slave holding but those of the ancestor which through the magic of DNA has been imputed to the family through the bloodline.

I'm sure much if not all of this is born of good intentions. Yet, it causes one to ask what's going on and whether it is indeed a good thing. From 76 years ago, C. S. Lewis offered some thoughts on matters like this...


Young Christians especially last-year undergraduates and first-year curates are turning to it in large numbers. They are ready to believe that England bears part of the guilt for the present war, and ready to admit their own share in the guilt of England…. Are they, perhaps, repenting what they have in no sense done? 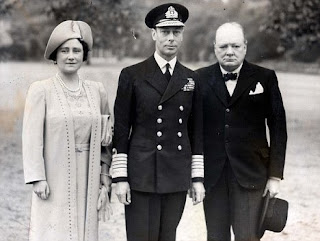 If they are, it might be supposed that their error is very harmless: men fail so often to repent their real sins that the occasional repentance of an imaginary sin might appear almost desirable. But what actually happens (I have watched it happening) to the youthful national penitent is a little more complicated than that. England is not a natural agent, but a civil society.

When we speak of England’s actions we mean the actions of the British Government. The young man who is called upon to repent of England’s foreign policy is really being called upon to repent the acts of his neighbour; for a Foreign Secretary or a Cabinet Minister is certainly a neighbour. And repentance presupposes condemnation. The first and fatal charm of national repentance is, therefore, the encouragement it gives us to turn from the bitter task of repenting our own sins to the congenial one of bewailing but, first, of denouncing the conduct of others. If it were clear to the young that this is what he is doing, no doubt he would remember the law of charity. Unfortunately the very terms in which national repentance is recommended to him conceal its true nature. By a dangerous figure of speech, he calls the Government not ‘they’ but ‘we’. And since, as penitents, we are not encouraged to be charitable to our own sins, nor to give ourselves the benefit of any doubt, a Government which is called ‘we’ is ipso facto placed beyond the sphere of charity or even of justice. You can say anything you please about it. You can indulge in the popular vice of detraction without restraint, and yet feel all the time that you are practising contrition. A group of such young penitents will say, ‘Let us repent our national sins’; what they mean is, ‘Let us attribute to our neighbour (even our Christian neighbour) in the Cabinet, whenever we disagree with him, every abominable motive that Satan can suggest to our fancy.’