Salvation from Sin (3): Christ saves from the defilement of sin


3d, Jesus saves his people, not only from the dominion, but from the defilement or pollution of sin. As sin is infinitely opposite to the spotless holiness of God's nature, it cannot but be very impure and loathsome in his sight. Hence we read, that he is of  "purer eyes than to behold evil, and that he cannot look upon iniquity." As sin is in its own nature filthy, sinners in whose heart it reigns, are represented in Scripture as altogether filthy; and therefore as such, they are utterly unqualified to enjoy communion and intercourse with an infinitely holy God. Now, in order to render his people fit to enjoy fellowship with God, since without this it is impossible that they can be either holy or happy, Christ, as the glorious dispenser of grace in the new covenant, sends his Spirit, in the day of effectual calling, as a Spirit of holiness, to cleanse them from all filthiness of the flesh and spirit, according to that promise, "Then will I sprinkle clean water upon you, and ye shall be clean; from all your filthiness and from all your idols will I cleanse you." He begins thus to purify his people at their regeneration; for we read that they are "saved by the washing of regeneration, and renewing of the Holy Ghost." He continues to purify them from remaining depravity, by affording them fresh supplies of the sanctifying Spirit, and by enabling them to improve his death and resurrection for that purpose; until at last he presents them to his Father without spot, or wrinkle, or any such thing. The fountain that is opened to the house of David, and to the inhabitants of Jerusalem, for sin and for uncleanness, is kept continually open to them, in the offers of the Gospel; and the streams of it are appointed to follow them while they travel through this valley of tears, that they may always have an opportunity of washing away their spiritual pollution, until they come to the end of their journey.

( emphasis added)
Posted by Jack Miller at 5:55 PM No comments:

Salvation from Sin (2): Christ saves from the dominion of sin 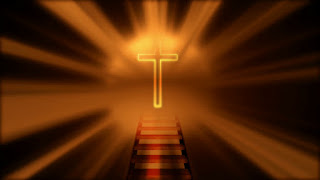 In this section, Colquhoun shows the connectedness of justification, which Christ has won for his people, with their deliverance from the dominion of sin and the sanctifying work of the Holy Spirit. Sin no longer reigns over believers because the curse of the law as a covenant has been removed at the cross in the death of Jesus, our Surety. To paraphrase Romans 6:7, for he who has died in Christ is justified from sin.

As Paul also writes in 1 Corinthians 15:56-57, The sting of death is sin, and the power of sin is the law. But thanks be to God, who gives us the victory through our Lord Jesus Christ. And therefore, ...sin will have no dominion over you, since you are not under law [as a covenant] but under grace [as a covenant] (Romans 6:14). The reign of sin exists only where the law as a broken covenant exists. In Christ that law covenant has been satisfied and thus the curse removed and righteousness won for the elect, rendering sin impotent as a ruler in that it no longer carries with it the condemnation of the law and the penalty of death (Romans 8:1-2). Whereas sin reigned over sinners condemned under the law, Christ now reigns over sinners justified under grace. Thanks be to God indeed!


"2d, Jesus saves his people from the dominion or reigning power of sin." He that committeth sin, is the servant of sin." God had told the first Adam, as the federal head of all his natural posterity, that in the day he ate of the forbidden fruit, he should surely die. No sooner did he eat of it than he was punished with the loss of spiritual life; or, in other words, with the loss of the original righteousness of his nature, in which the spiritual life of the soul consists. Now, the corruption of the whole nature, or the dominion of sin in the soul follows as naturally, upon the want of original righteousness, as darkness follows the setting of the sun. Those, therefore, whom God hath appointed to obtain salvation, as they were involved in the guilt of Adam's first transgression as well as others, and consequently born under the condemning power of the law, which, in this sense, is the strength of sin; so they are all born destitute of original righteousness, and subject to the dominion of sin. The condemning power of the law as a covenant, so long as they continue under it, detains them as prisoners, under the reigning power of depravity. No sooner, however, does the Lord Jesus, whose office it is to say to such prisoners, "Go forth!", come and admit them to communion with himself, in his surety-righteousness, than they are delivered from the condemning power of the law, and consequently, from the reigning power of sin. This infinitely glorious righteousness [i.e. imputed righteousness], as it entitles them to the sanctifying influences of the Holy Spirit, so it removes the curse of the law, which formerly stood in the way of those influences, and obstructed their entrance into the soul. Hence are these words of the apostle Paul: "Sin shall not have dominion over you; for ye are not under the law, but under grace," Rom. vi. 14.

"If believers would make more use of the righteousness of the incarnate Redeemer in their approaches to God than they do, they should find that sin would not prevail against them so much as it does."

(Bracketed comments and emphasis added)
Posted by Jack Miller at 7:12 AM 1 comment:

Salvation from Sin (1): Christ saves from the guilt of sin 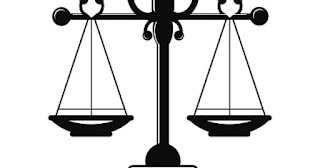 This, and the next 3 posts, are excerpted from the sermon, Salvation from Sin by John Colquhoun, in which he explains the nature and extent of the believer's salvation from sin wrought by the Lord Jesus Christ. An interesting yet important aside is how Colquhoun's understanding of the logical order of legal and mystical union with Christ as well as the logical order of the imputation of Christ's atonement and the believer's justification are interwoven into his explanation of salvation from the guilt of sin.


And here, in the first place, he saves them from the guilt of sin. — By the guilt of sin, is meant an obligation to suffer eternal punishment on account of sin. They whom Christ undertook to save were, on account of their breach of covenant in the first Adam, and of their other innumerable transgressions of the Divine law, condemned as well as the rest of mankind, to endure such tremendous wrath, both in soul and body, as would have rendered them inexpressibly miserable. While, therefore, they continue under the law as a covenant of works, they are necessarily under this dreadful sentence; and were they to die in that state, it would be executed upon them to the uttermost, through the revolving ages of eternity.

"But since they were not appointed to wrath, but to obtain salvation by the Lord Jesus Christ, he comes in the day of regenerating power, and having united them to his person [legal/federal], admits them to actual communion [mystical/experiential] with himself, in his infinitely precious atonement [notice the logical order]. No sooner is this atonement actually imputed to them, than they are legally absolved from condemnation [notice the logical oder - imputation then justification], according to this Divine promise, "I will forgive their iniquity, and I will remember their sin no more," Jer. xxxi. 34.

"They are then delivered from the guilt of sin, or from their obligation to endure punishment on account of sin, and have sufficient security afforded them, that though they may often incur the guilt of fatherly displeasure, they shall never enter into condemnation, or fall under the guilt of eternal wrath.

Posted by Jack Miller at 6:23 AM No comments: