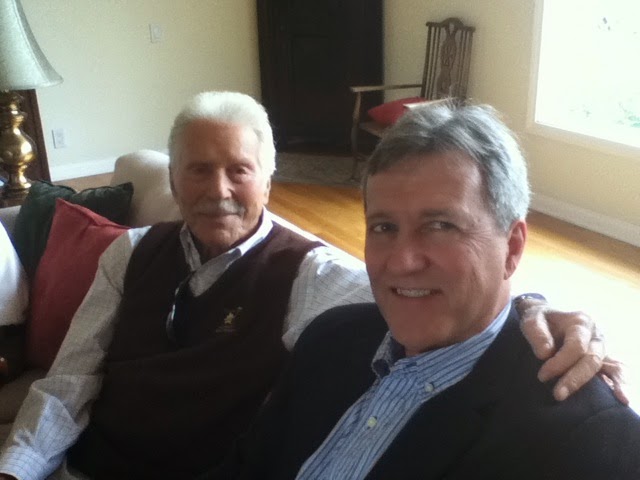 After moving back to Santa Barbara in 2003, having been on the Canterbury trail for a while, my wife and I visited the Anglican Church of Our Savior at which time met for worship at the Emanuel Lutheran Church in the afternoon on Sundays. After the reading of the Ten Commandments with the congregational responses, a gentlemen in a black gown took to the pulpit and began reading the Epistle lesson. As I listened, somewhere in the back of my mind I was thinking that this elderly man seemed familiar. That voice... But who was he?

I grew up in the 1950s and 60s. Like many others, two of the shows I watched every week on TV were 77 Sunset Strip and The F.B.I. Well, after the service we had the pleasure of meeting Efrem Zimbalist, Jr. My wife and I became members at that church, remaining there for several years before continuing our journey towards a more Reformed Christianity that brought us to El Camino Orthodox Presbyterian Church.

Efrem was a devout Christian, someone worth emulating. He was a humble man who treated others as more important than himself. What I heard about him from others gave witness to my own experience. What I mean is, that though I only knew Efrem in the context of our church worship and fellowship, he always showed a genuine interest and care and made you feel that you were one of his friends. Although when I first met him I thought of him in terms of the TV characters he played. Since then and especially today I think of him in his real life role - that of a brother in Christ.

Below is a video from 2010 at the Bishop Diego High School chapel. It is Efrem reading from John 1 during the Lessons and Carols service: