A Church or a clean club? 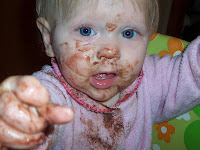 [A companion to this post from March 2012: Word and Sacrament - Gospel Sanctification]

I have a friend, an elderly English gentleman, who left the Anglican Church back in the 1960s.  He said that he finally had come to the conclusion that the Church of England was basically a clean club.  I don't think that was necessarily an accurate assessment of every parish in the Church, but what did he mean by that?  Maybe that the Church seemed to be made up of pretty decent people who, more or less, were doing pretty well with this Christian life thing.  That all was pretty good in the lives of the flock.  No big struggles with sin.  No bouts with doubts.  And that just didn't describe his life which was fraught with struggles and weaknesses.  The Church, in his eyes, seemed to be the place for the mostly-together-good people, a clean club.

So, what is wrong with that?  Well, there's nothing wrong with people doing OK.  But there is something wrong with the idea that the Lord's house is a place for people who are not that bad, people who are pretty good.  My friend's description of his church is a picture of how Christians, and people in general, tend to look on the surface.  Yet it's this surface image of a clean club which we protectively hold that minimizes the reality of our sinful natures and the sins that beset us.  Being a card-carrying member of a clean club short-circuits the need to hear God's unvarnished Law which exposes and magnifies our sin, leaving one with little thirst for the cleansing comfort of God's amazing grace declared in His Gospel.

Think of the incident found in Luke 7:


36 Now one of the Pharisees was requesting Him to dine with him, and He entered the Pharisee’s house and reclined at the table. 37 And there was a woman in the city who was a sinner; and when she learned that He was reclining at the table in the Pharisee’s house, she brought an alabaster vial of perfume, 38 and standing behind Him at His feet, weeping, she began to wet His feet with her tears, and kept wiping them with the hair of her head, and kissing His feet and anointing them with the perfume. 39 Now when the Pharisee who had invited Him saw this, he said to himself, “If this man were a prophet He would know who and what sort of person this woman is who is touching Him, that she is a sinner.”

40 And Jesus answered him, “Simon, I have something to say to you.” And he replied, “Say it, Teacher.” 41 “A moneylender had two debtors: one owed five hundred denarii, and the other fifty. 42 When they were unable to repay, he graciously forgave them both. So which of them will love him more?” 43 Simon answered and said, “I suppose the one whom he forgave more.” And He said to him, “You have judged correctly.” 44 Turning toward the woman, He said to Simon, “Do you see this woman? I entered your house; you gave Me no water for My feet, but she has wet My feet with her tears and wiped them with her hair. 45 You gave Me no kiss; but she, since the time I came in, has not ceased to kiss My feet. 46 You did not anoint My head with oil, but she anointed My feet with perfume. 47 For this reason I say to you, her sins, which are many, have been forgiven, for she loved much; but he who is forgiven little, loves little.” 48 Then He said to her, “Your sins have been forgiven.” 49 Those who were reclining at the table with Him began to say to themselves, “Who is this man who even forgives sins?” 50 And He said to the woman, “Your faith has saved you; go in peace.”

Which debtor are we?  The one who owes a small amount or the one who owes an enormous debt?  Well, if you're like me, you do think of yourself as a sinner, but not that big of a sinner!  It's especially so because, hey, we've been Christians for quite a while.  We've made progress.  We've grown.  I've improved and am more acceptable than I use to be.  We think what we mainly need is, not the blood of the cross, but more grace and help to live as we ought.  The emphasis can become less and less on what our Savior Christ Jesus has done for us sinners and more on how we can grow to better live for God.

The Reformers were on to something; and that something was that we Christians are indeed very big debtors, in their words - miserable sinners.  They preached the Law in order to do much more than just inform Christians on how they were to live.  Rather, the Law was presented in order to reveal, within the hearers, sin as utterly sinful.  They also boldly proclaimed the reconciliation of sinners in Christ Jesus.  And sinners/saints having heard, looked with renewed faith to Christ alone as those reckoned righteous by God's grace.

In the incident above, Jesus was teaching what it means to be a Christian, not just what it means to initially get saved.  In other words, we are great sinners who have mercifully received a great salvation.  And, I don't think the apostle Paul was merely waxing eloquent when he declared near the end of his life to Timothy, Faithful is the saying, and worthy of all acceptation, that Christ Jesus came into the world to save sinners; of whom I am chief (1 Tim. 1:15). We loses sight of this since part of what it means to be a sinner is to be one who denies or obscures his sin, in a clean-club sort of way.  Therefore, it falls to the Church, through the ministry of Word and Sacrament, to perpetually call believers to not dissemble nor cloak our [sins] before the face of Almighty God our heavenly Father; but acknowledge and confess them with an humble, lowly, penitent, and obedient heart; to the end that we may obtain forgiveness of the same, by His infinite goodness and mercy in Christ Jesus (Morning Prayer 1662 BCP).

So let's be done with clean clubs and take direction from Martin Luther who, in a letter to Spalatin, wrote:


Therefore my faithful request and admonition is that you join our company and associate with us, who are real, great, and hard-boiled sinners.  You must by no means make Christ to seem paltry and trifling to us, as though He could be our Helper only when we want to be rid from imaginary, nominal, and childish sins.  No, no!  That would not be good for us.  He must rather be a Savior and Redeemer from real, great, grievous, and damnable transgressions and iniquities, yea, from the very greatest and most shocking sins; to be brief, from all sins added together in a grand total.

Jesus Christ gave Himself to die on the cross to save real sinners with real sins.
Posted by Jack Miller at 11:44 AM