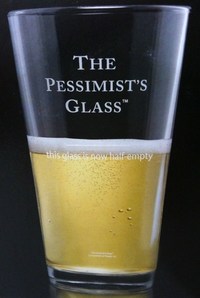 The question posed in the last post was - How deep, thorough, and on-going was the English reformation during the period before and after Queen Mary's reign?  When Queen Mary took the throne in 1553, the English church had been on the path of reform.  Yet that reform was far from over.  The 1552 prayer book had just been issued, eliminating those 1549 prayers and liturgical practices which could still be interpreted as to allow a Roman Catholic view of transubstantiation, the sacrifice of the the Mass, and sacerdotalism.  This was evidence of Thomas Cranmer's commitment to continuing reforms.  At this point, the English reformation, far from complete, was in many ways still in an early stage.  Arguably, Cranmer had envisioned further changes.


The reformation of the church had accelerated under Edward, more so than with King Henry.  No longer was there the religious/political calculations and oversight of King Henry which Cranmer had to contend with and navigate.  Still, there were two situations which existed that especially slowed things down.  One was the lack of able preachers in the church.  This situation would come into play years later resulting in a confrontation between Queen Elizabeth and bishop Edmund Grindal.  The other circumstance was  the existence of a large party, even a majority, of bishops that opposed the reforms being enacted. From Oxford, Peter Vermigli wrote to Rudolph Gualter in a letter dated June 1, 1550:

"There is no lack of preachers in London, but throughout the whole kingdom they are very, very rare...  The sheep of the divine pasture, the sheep of God's hand, the shep redeemed by the blood of Christ, are defrauded of their proper nourishment of the divine word; unless the people be taught, the change of religion will certainly avail them but little."

Earlier that year in January, he had written of the second concern in a letter to Henric Bullinger:


"... respecting the progress of Christ's kingdom in this country...  The sum however is this, that many things yet remain to be done, which we have in expectation rather than in reality.  The perverseness of the bishops is incredible; they oppose us with all their might:  yet some of that order, though very few, are favorable to the undertaking."

The same determined resistance of the Roman Catholic leaning bishops that Cranmer had experienced under Henry continued during the Edwardian years despite the Archbishop's faithful labors.  Vermigli continues:


"The labour of the most reverend, the archbishop of Canterbury is not to be expressed.  For whatever has hitherto been wrested from them [i.e. the bishops] we have acquired solely by the industry, and activity of this prelate."

So a picture emerges from these accounts of a church out of balance; an episcopacy very much at odds with itself.  The continued presence of Rome-leaning clergy ensured that once the new Catholic Queen took the throne the Cranmerian reforms would be quickly reversed.  Though significant, the Gospel advances in the church had yet not gone very deep.  This conclusion is all too apparent in comments Vermigli made to Bullinger in a December 15, 1553 letter from Strasbourg, four months after Mary came to power.  He wrote that transubstantiation had been easily reinstated due to the fact that those opposing it were overwhelmed by the number favoring it.  From which we can surmise that much of the hierarchy of the Church had remained untouched by the reformation, or only superficially so.  And under the new Roman Catholic monarch, they had moved quickly to reverse the progress of the previous years.

Additionally, there's a sad irony to the events of 1547-1552.  Cranmer had not been one inclined to use the power of the State to enforce reform.  His attitude to those opposing the Gospel reforms are summed up in these words of his:


"What will ye have man do to him that is not yet come to knowledge of the truth of the Gospel?...  Shall we perhaps, in his journey coming towards us, by severity and cruel behavior overthrow hi, and as it were in his viage stop him?  I take not this the way to allure me to embrace the doctrine of the Gospel.  And if it be a true rule of our Savior Christ to do good for evil, then let such as are not yet come to favor our religion learn to follow the doctrine of the Gospel by our example in using them friendly and charitably." (from Ashley Null)

So, had he ignored his own advice, he might have purged the church of his opponents.  Indeed some were removed, the most prominent example being bishop Stephen Gardiner who spent over five years in prison and yet reemerged in 1553.  Had Cranmer acted ruthlessly, one possible result might have been a much stronger resistance to Roman Catholicism being reinstated under Mary.  Yet having chosen the better part, Cranmer, by and large, refused to battle according to flesh and blood.  And thus it turned out that some of the very opponents of reform who had been left untouched later led the charge against him at his trial, leading to his death.  And from what I can tell, many of these clergy and bishops remained in their positions even after Elizabeth took the throne, guaranteeing further institutional resistance to the reform efforts that followed.