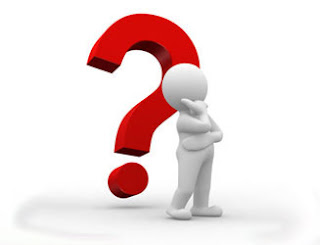 A few weeks ago Rick Philips wrote a post asking whether a gospel-centered ministry is sufficient for the church's ministry. To answer that question he focused on the ministry of Jesus as presented in the book of Mark. Philips writes:


This raises the question to me as to whether Jesus himself can be said to have a "gospel-centeredTM ministry?"

To satisfy my curiosity, I turned to the Gospel of Mark, which is currently being read during the morning worship services of the church I serve. I do realize that the Gospels are not given as a statistical sample of Jesus' ministry day-to-day. Still, we should be able to get a fair sense of our Lord's own priorities if we categorize the types of messages recorded in his Gospels...

But how was Jesus gospel-centered? The answer is that he revealed himself as the divine Messiah and enlightened man about God, he showed the power and grace to live a new kind of life, he exposed darkness and unbelief as false and ungodly, and he offered forgiveness to broken sinners.

I think Rick Philips makes some fair points regarding the ministry of the church. But I also think he is making a questionable assumption about the connection between the priorities of Jesus's ministry and that of the church by offering an approach which may not be as helpful as it seems on its face. Do the gospels present Jesus as a ministry-template for the church? Is the focus and mix of the church's preaching and teaching to be shaped by reflecting how and what Jesus did in his spoken ministry? One obvious caveat to that last question: in one crucial sense what Jesus did and taught is not only central to the church's ministry it is the church's ministry. Yet to look at the mix of what Jesus taught isn't necessarily the pointer for pastors. One obvious difference is that Jesus did many miracles. He raised the dead, healed the sick, made the blind to see and the lame to walk. Do we? No. But more to the point of this post is the nature of Jesus's spoken ministry. In his spoken ministry did Jesus reveal himself as the divine Messiah? He certainly came as the divine Messiah. And the gospel writers certainly present him as such. But it seems that Jesus himself wasn't as intent on making himself known as Philips' conclusion states. By and large when addressing the crowds that followed him, the gospels present Jesus speaking in what were confusing parables and less than clear teachings. In fact, a center-piece of his public ministry was speaking in mysteries or parables, cloaking the true nature of his identity and mission:


And He healed many who were ill with various diseases, and cast out many demons; and He was not permitting the demons to speak, because they knew who He was. Mark 1:34

for He had healed many, with the result that all those who had afflictions pressed around Him in order to touch Him. Whenever the unclean spirits saw Him, they would fall down before Him and shout, “You are the Son of God!” And He earnestly warned them not to tell who He was. Mark 3:10-12

As soon as He was alone, His followers, along with the twelve, began asking Him about the parables. And He was saying to them, “To you has been given the mystery of the kingdom of God, but those who are outside get everything in parables, so that while seeing, they may see and not perceive, and while hearing, they may hear and not understand, otherwise they might return and be forgiven.” Mark 4:10-12

All these things Jesus spoke to the crowds in parables, and He did not speak to them without a parable. Matt. 13:34

It was primarily to the apostles that Jesus revealed himself. And even at that, his words were often cryptic and misunderstood by them. This approach is in stark contrast with the purpose and ministry of the church in the New Testament as well as today. The apostle Paul writes in Colossians that his purpose was to proclaim and reveal Jesus Christ to all men:


Of this church I was made a minister according to the stewardship from God bestowed on me for your benefit, so that I might fully carry out the preaching of the word of God, that is, the mystery which has been hidden from the past ages and generations, but has now been manifested to His saints, to whom God willed to make known what is the riches of the glory of this mystery among the Gentiles, which is Christ in you, the hope of glory. We proclaim Him, admonishing every man and teaching every man with all wisdom, so that we may present every man complete in Christ. For this purpose also I labor, striving according to His power, which mightily works within me. Col. 1:25-29

In contrast, one can argue that Jesus's priority was to not reveal himself (thus his parables and other cloaked teachings) but rather, as the One purposely unrecognized by Israel (Isaiah 53:2b-3), to offer himself as a sacrificial Lamb for the sins of his people. Whereas the church's mission is to fully reveal Christ as Lord and Savior, God who came in the flesh and who has accomplished salvation by his death on the cross. In examining Jesus's spoken ministry it's helpful to keep in view that Jesus had not yet died on the cross. In a sense, his was a moment between the two covenants. The New Covenant in his blood had not yet been inaugurated. And inaugurating that covenant was the end or goal of his ministry. Redemption had not yet been accomplished. The very definitive fullness of the gospel would only at Pentecost be first proclaimed - Christ crucified and risen and ascended. What Jesus taught and how he taught in the gospels worked together to both proclaim the kingdom of heaven at hand and yet in such a way for himself to remain hidden. He not only spoke in parables, Jesus was a walking, living Parable to those around him. He was headed somewhere.


When the days were approaching for His ascension, He was determined [lit. set his face] to go to Jerusalem. Luke 9:51

This was even more clearly seen when the disciples were approached by 'certain Greeks' who had heard about Jesus and wanted to see him. The word was getting out about Jesus, even beyond the borders of Israel! It was as if that moment of unwanted wider fame was an alarm going off. What Isaiah 53:10 prophesied was about to be fulfilled.


Now there were certain Greeks among those who were going up to worship at the feast; these then came to Philip, who was from Bethsaida of Galilee, and began to ask him, saying, “Sir, we wish to see Jesus.” Philip *came and* told Andrew; Andrew and Philip *came and* told Jesus. And Jesus *answered them, saying, “The hour has come for the Son of Man to be glorified. John 12:20-23

But why would Jesus, the Son of God come in the flesh, speak in parables and hide his identity? One reason it seems is that the Jews who were looking for the Messiah wanted fervently the restoration of Israel's past glory. That could only be accomplished by reestablishing the throne on David in the earthly Jerusalem. And that road to recognition and glory was not the path to the cross. The gospel of John tells us, as Jesus's identity became more widely known he took measures so that he would not be diverted from Calvary and the one thing necessary to complete his mission. He had no interest in being fully revealed and getting sidetracked from his purpose.


Therefore when the people saw the sign which He had performed, they said, “This is truly the Prophet who is to come into the world.” So Jesus, perceiving that they were intending to come and take Him by force to make Him king, withdrew again to the mountain by Himself alone. John 6:14-15