The Requirement of the Law Might Be Fulfilled in Us...


"Therefore there is now no condemnation for those who are in Christ Jesus. For the law of the Spirit of life in Christ Jesus has set you free from the law of sin and of death. For what the Law could not do, weak as it was through the flesh, God did: sending His own Son in the likeness of sinful flesh and as an offering for sin, He condemned sin in the flesh, so that the requirement of the Law might be fulfilled in us, *who do not walk according to the
flesh but according to the Spirit." 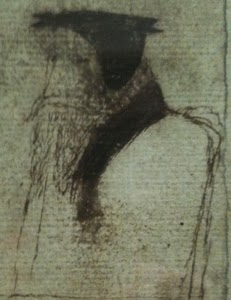 John Calvin in his Acts of the Council of Trent with the Antidote writes:


There is no room for the righteousness of faith until we have discovered that it is in vain that salvation is promised us by the law. But that which the law could not do in that it was weak through the flesh, God performed by his own Son, by expiating our sins through the sacrifice of his death, so that his righteousness is fulfilled in us.

Thomas Cranmer elaborates further on the believer's salvation in Christ and the his standing visa-vis the Law: 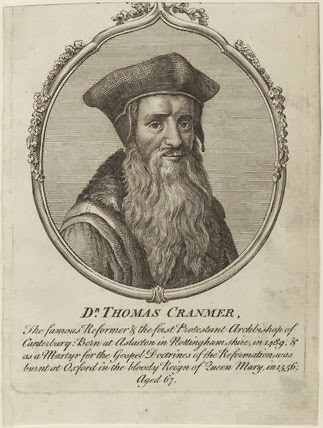 For all the good works that we can do be imperfect and therefore not able to deserve our justification, but our justification doth come freely by the mere mercy of God. And of so great and free a mercy, that whereas all the world was not able of themselves to pay any part towards their ransom, it pleased our heavenly Father of his infinite mercy without any our desert or deserving to prepare for us the most precious jewels of Christ’s body and blood whereby our ransom might be fully paid, the law fulfilled, and his justice fully satisfied so that Christ is now the Righteousness of all them that truly do believe in him.  He for them paid their ransom by his death.  He for them fulfilled the law in his life.  So that now in him and by him every true Christian man may be called a fulfiller of the law. Forasmuch as that which their infirmity lacked, Christ’s righteousness hath supplied.

Of the Salvation of Mankind by Only Christ Our Saviour from Sin and Death Everlasting
Posted by Jack Miller at 11:17 AM