The Regulative Principle of Worship 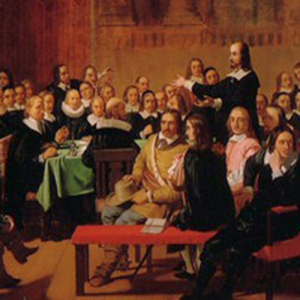 As one who came to the Anglican tradition about eight years ago, and more recently to the Reformed tradition,  I have found the issue of the Regulative Principle of Worship to be a hotly argued and more often than not, misunderstood teaching.  A couple years ago I read R.S. Clark's book , and highly recommend it.  At the time I had some questions here and there (and a few still remain), but otherwise I learned much.  The discussion is a necessary one in light of today's multi-quilted worship formats in Christianity, seemingly to fit any and every inclination.  And as it is that I am still thinking this through, it would probably benefit me to go back and reread the book even though my understanding of the RPW has matured since then.
Recovering the Reformed Confession
That being said, one crucial point that's helped in my understanding is that rather than being a principle solely to "restrict" what a church can and can't do legitimately in its worship, the RPW in allowing only those"elements" with Scriptural warrant into the Church's worship is a protection for the individual believer's conscience against the Church imposing or requiring anything that extends beyond what God himself requires of his people.  Some of the confusion that comes into these discussions is a result of the "elements of worship"  often being misdefined.  And as well, the three other aspects of the RPW (circumstance, form and rubric) are often ignored or conflated into that of "elements."
To help shed some light in order to foster a more profitable debate on this topic, I'm posting (with permission) this short book review by T. David Gordon: