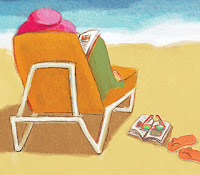 A lot is going on out there, meaning there's a lot to read if you want to be up to speed and know what is in fact happening! Your assignment: Find a cool spot this weekend. Get your beverage of choice (margaritas anyone?). And start reading. Cheers!