Anglican Baptismal Regeneration: Yes or No? 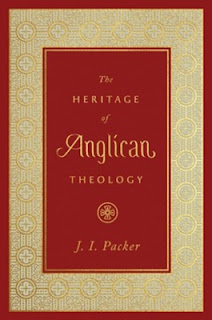 J.I. Packer's excellent new and final book, The Heritage of Anglican Theology, shows the value of putting theology in its proper historical context. An example is the selection below (pp 282-285) which helps bring clarification to often contentious debates over the Anglican doctrines of infant baptism and baptismal regeneration:

"A word must be said also about the doctrine of baptismal regeneration. In the early 1800s, the final court of appeal in matters of dispute about the doctrine of the Church of England was the Judicial Committee of the Privy Council. Now, the Privy Council was a company of people who were thought of as the monarch's most intimate advisers. This committee was a subcommittee of that larger body consisting of experts in the law who functioned as the highest court of judicial appeal in England when legal questions arose about the meaning of the law. These were legal experts, all laymen, but competent at interpreting documents and checking the precedents of case law and so forth.

One case that eventually came before the Judicial Committee involved a scholarly clergyman named George Cornelius Gorham. The case was brought by a High Church bishop in Exeter named Henry Phillpotts. Gorham had been nominated to a pastorate in Brampford Speke, Devon. Phillpotts suspected that Gorham was an evangelical, and indeed he was. Phillpotts asked him some questions at the bishop's discretion, which Phillpotts expected would expose Gorham's evangelicalism and allow Phillpotts to pronounce him unfit to minister in the Church of England and therefore to refuse to institute him to the pastorate for which he had been nominated in that diocese.

So he took Phillpotts to court, demanding to be instituted to the pastorate to which he had been nominated. The case ended up before the Judicial Committee of the Privy Council. It took two years for the case to get there. During that time, an evangelical scholar named William Goode wrote a learned treatise canvassing all the Reformers who had ever hon into print on this subject. Goode's treatise was called The Effects of Infant Baptism, and the hinge of its argument was that all these Reformers had insisted that salvation is through being justified by faith alone, and without faith no one is justified.

That, of course, does not match baptismal regeneration. In all that the Reformers said about the effects of infant baptism they did not go as far as affirming baptismal regeneration. They did celebrate the fact that the rite of baptism--water on the forehead, representing going under the water--symbolizes, signifies, and personalizes the promise of Christ, the promise of new life to those who will receive it through faith. In baptism, that promise is personally delivered to the candidate. This includes infant baptism, which Anglicanism has always regarded as consistent with the institution of Christ.

As the infant grows up, he or she has to learn to exercise the faith that was in the hearts of the parents and godparents when they brought the child to baptism. Their faith was that God would work in their child's heart to bring that child to faith, and that God would sanctify the rite of baptism whereby, in his mercy, God would personalize the promise to this child. This would be explained to the child as soon as he or she were old enough to understand it. God then sanctifies all that as a means of grace to bring the child to a living, personal faith.

William Goode demonstrated all this in The Effects of Infant Baptism, and in 1850 the Judicial Committee found that Gorham's view was a permitted interpretation of Anglican doctrine. His claim was vindicate, and Phillpotts had to institute him. Otherwise, Phillpotts would have been breaking the law.

The Gorham case--decided in this way against a cherished Anglo-Catholic doctrine and decided by a company of laypeople, rather than by the clergy or by bishops--became a great cause of offense to High Churchmen and Anglo-Catholics who disagreed with the verdict (and with Gorham's view). Furthermore, they thought the church should settle its own legal problems, and that bishops and clergy--not secular lawyers--should be having the last word. One of the effects of the Gorham decision was quite a flurry of Anglican-Catholics becoming Roman Catholics. For the Church of England to settle matters of faith this way destroyed Anglican credibility, in their minds.

Today Anglo-Catholics who know about the Gorham judgment will smile and shake their heads and basically say, "It ought not to have been done that way." Remember, the verdict was only that George Gorham's interpretation of the church's foundational documents was possible. Certain of the Catholic clergymen will counter that is not the interpretation one ought to embrace. Thus, Anglican-Catholics go on maintaining baptismal regeneration.

Evangelical Anglicans, as you would expect, go along with the Gorham judgment, and they are backed by quite a bit of writing. But because of the caution with which the Prayer Book and Articles were phrased back in the sixteenth century--so as not to give offense to people who believed in baptismal regeneration--an ambiguity is there. It is a matter of fact, and some of us feel that this is a pity."

Relevant portions of The Thirty-Nine Articles of Religion [emphasis added]:

XI. Of the Justification of Man.

We are accounted righteous before God, only for the merit of our Lord and Saviour Jesus Christ by Faith, and not for our own works or deservings. Wherefore, that we are justified by Faith only, is a most wholesome Doctrine, and very full of comfort, as more largely is expressed in the Homily of Justification.

XXV. Of the Sacraments.

Sacraments ordained of Christ be not only badges or tokens of Christian men's profession, but rather they be certain sure witnesses, and effectual signs of grace, and God's good will towards us, by the which he doth work invisibly in us, and doth not only quicken, but also strengthen and confirm our Faith in him.

There are two Sacraments ordained of Christ our Lord in the Gospel, that is to say, Baptism, and the Supper of the Lord.

Baptism is not only a sign of profession, and mark of difference, whereby Christian men are discerned from others that be not christened, but it is also a sign of Regeneration or New-Birth, whereby, as by an instrument, they that receive Baptism rightly are grafted into the Church; the promises of the forgiveness of sin, and of our adoption to be the sons of God by the Holy Ghost, are visibly signed and sealed, Faith is confirmed, and Grace increased by virtue of prayer unto God.

The Baptism of young Children is in any wise to be retained in the Church, as most agreeable with the institution of Christ.