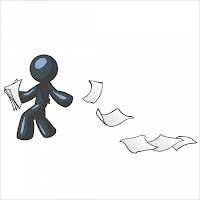 The following are various extracts from the Church of Rome Canon Law that Thomas Cranmer (Archbishop, the Church of England 1533-1553) collected possibly as early as 1530.  How does the modern Papacy reconcile itself to these rather colorful decrees and doctrines of Rome from an earlier age?

As far as I know, these have never been repudiated by the Vatican.  It's obvious by the time Trent rolled around that the road to the denial of the gospel of salvation by grace through faith alone in Christ alone had already been well traveled by Rome.  Question:  if these "infallible proclamations" are no longer operative, i.e. they are fallible, then how don't these edicts undermine Rome's apostolic succession in that they undermine the doctrine of papal infallibility?  And since the true ground of the church (in Rome's view) is the succession of the infallible seat of Peter, how doesn't this undermine the claim that Rome is the one true church?

A Collection of Extracts from the Canon Law,
showing the extravagant pretensions of the Church of Rome[a].
The Remains of Thomas Cranmer, collected and arranged by H. Jenkyns.

He that knowledgeth not himself to be under the bishop of Rome, and that the bishop of Rome is ordained by God to have primacy over all the world, is an heretic, and cannot be saved, nor is not of the flock of Christ.

All the decrees of the bishop of Rome ought to be kept perpetually of every man, without any repugnance, as God's word spoken by the mouth of Peter; and whosoever doth not receive them, neither availeth them the catholic faith, nor the four evangelists, but they blaspheme the Holy Ghost, and shall have no forgiveness.

All kings, bishops, and noblemen, that believe or suffer the bishop of Rome's decrees in any thing to be violate, be accursed, and for ever culpable before God, as transgressors of the catholic faith.

The bishop of Rome hath authority to judge all men, and specially to discern the articles of the faith, and that without any council, and may assoil them that the council hath damned; but no man hath authority to judge him, nor to meddle with any thing that he hath judged, neither emperor, king, people, nor the clergy: and it is not lawful for any man to dispute of his power.

The bishop of Rome may excommunicate emperors and princes, depose them from their states, and assoil their subjects from their oath and obedience to them, and so constrain them to rebellion.

The bishop of Rome may open and shut heaven unto men.

He that maketh a lye to the bishop of Rome committeth sacrilege.

The bishop of Rome is judge in temporal things, and hath two swords, spiritual and temporal.

The bishop of Rome may give authority to arrest men, and imprison them in manacles and fetters.

All manner of causes, whatsoever they be, spiritual or temporal, ought to be determined and judged by the clergy.

And the bishop of Rome may compel by an oath, all rulers and other people, to observe, and cause to be observed, whatsoever the see of Rome shall ordain concerning heresy, and the fautors thereof; and who will not obey, he may deprive them of their dignities.

We obtain remission of sin, by observing of certain feasts, and certain pilgrimages in the jubilee and other prescribed times, by virtue of the bishop of Rome's pardons.

He is no man-slayer that slayeth a man which is excommunicate.

A penitent person can have no remission of his sin, but by supplication of the priests


Another point of view from an English reformer, John Jewell's Reply Unto M. Harding:


"To be Peter's lawful successor, it is not sufficient to leap into Peter's stall. Lawful succession standeth not only in possession of place, but also, and much rather, in doctrine and diligence. Yet the bishops of Rome, as if there were nothing else required, evermore put us in mind and tell us many gay tales of their succession." [pg. 201]

"... This is [Rome's] holy succession - Though faith fall, yet succession must hold; for unto succession God hath bound the Holy Ghost." [pg. 347]

"... if the pope and his Roman clergy, by his own friends confession, be fallen from God's grace, and departed from Christ to antichrist, what a miserable claim is it for them to hold only to bare succession! It is not sufficient to claim succession of place: it behooveth us rather to have regard to the succession of doctrine. St. Benard saith: What availeth it, if they be chosen in order, and live out of order." [pg. 349]

"And for that cause they say, We are Peter's successors: even as the Pharisees sometime said, We be the children of Abraham. But John said unto them, Put not your affiance in such succession. For God is able even of these stones to raise up children unto Abraham." [pg. 439]


Two interesting footnotes from different portions of Jenkyns' text:
a [Burnet inserts these extracts under the year 1544, connecting them with an act then passed for the examination of canon laws. They are placed here on the authority of the following passage from Strype : "One of the first things wherein the archbishop shewed his good service to the church, was done in the parliament in the latter end of this year, 1533. When the supremacy came under debate, mid the usurped power of the bishop of Rome was propounded, then "the old collections of the new archbishop did him good service; for the chief, and in a manner the whole burden of this weighty cause was laid upon his shoulders." Strype, Cranmer, p. 32. These "old collections" are probably those which are still preserved at Lambeth under the title of Archbishop Cranmer's Collection of Laws. They were formed, perhaps, while he resided at Cambridge, and consist of a large number of passages, extracted at length from the canon law, and followed by that short summary of some of its most remarkable doctrines which is here printed. They were doubtless of great use in the discussions alluded to by Strype; but that was not the only nor the first occasion, in which they supplied the archbishop with arguments. He must have already availed himself of them, when in stating to the king his unwillingness to accept the see of Canterbury, he "disclosed therewithal the intolerable usurpation of the pope of Rome." See his Examination before Brokes. And he frequently recurs to them in his subsequent writings, particularly in the Ansner to the Devonshire Rebels, l.,49, and in his long Letter to queen Mary, in September, 1555.]

c [There is much ingenuity in the manner in which Innocent III. pressed this text into his service. According to him, as God made two great lights, the sun and the moon, so he made two great powers, the papal and the royal; " sed ilia quae pra-est diebus, id est, spiritualibus, " majorest; quaevero eamalibus, minori : ut quanta est inter so/em et/u- " nam, tanta mter pontifices et reges differentia cognoscatur." The precise difference, as calculated by the commentator, may be stated in the words of Jewel : "And how much the emperor is less, the gloss declareth by mathematical computation, saying, that the earth is seven times greater than the moon, and the sun eight times greater than the earth: so followeth it, that the pope's dignity is six and fifty times greater than the dignity of the emperor." Jewell, Sermon at Paul's Cross, and Reply to Harding's Answer, p. 29, and 215.]
Posted by Jack Miller at 4:19 PM