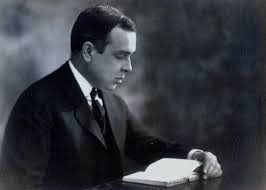 Not only the content of preaching, but the order of the content is important... indispensable.  J. Gresham Machen, in Christianity and Liberalism, wrote,

How often is the first use of the Law employed in a sermon to impress upon believers an awareness of God's holiness, his just demands, and how far they have fallen short due to their very real sin?  Machen, it seems, would say that if the gospel is to have its intended effect as Good News, then it is necessary for a consciousness of sin, the bad news, to precede that of the free mercy in Christ Jesus offered to undeserving sinners.

Likewise if the third use of the law (admonishing and directing grateful believers in a righteous direction for living) is preached without first presenting the message of the Law, followed by the proclamation of the gospel - Jesus as the One who died and bore the penalty of our falling short, raised from the dead for our justification (his righteous obedience credited to us) - then, rather than directing and guiding, it takes on a subtle, foreboding tone of demand for obedience.

This often occurs when the Law - God's demand for holiness and his condemnation of sin - and the Gospel - God's remedy in the provision of a Savior for sinners - are assumed in a sermon.  They may be implicitly mentioned, but not explicitly proclaimed as God's two words in Scripture that are the foundation of the redemptive story.  But my people already know the teaching that they're sinners and that Jesus died for them!  So then, sermons that bypass Law and Gospel message are often reduced to biblical admonitions to obey and trust sprinkled with promises of God's grace and faithfulness. The intention is to encourage believers to live in a manner worthy of their Lord.  And yet the message too often received is a sermon-exhortation of soft law-demands.
--
Posted by Jack Miller at 3:37 PM

Email ThisBlogThis!Share to TwitterShare to FacebookShare to Pinterest
Labels: Christianity and Liberalism, gospel, J. Gresham Machen, Law, preaching, third use of the law